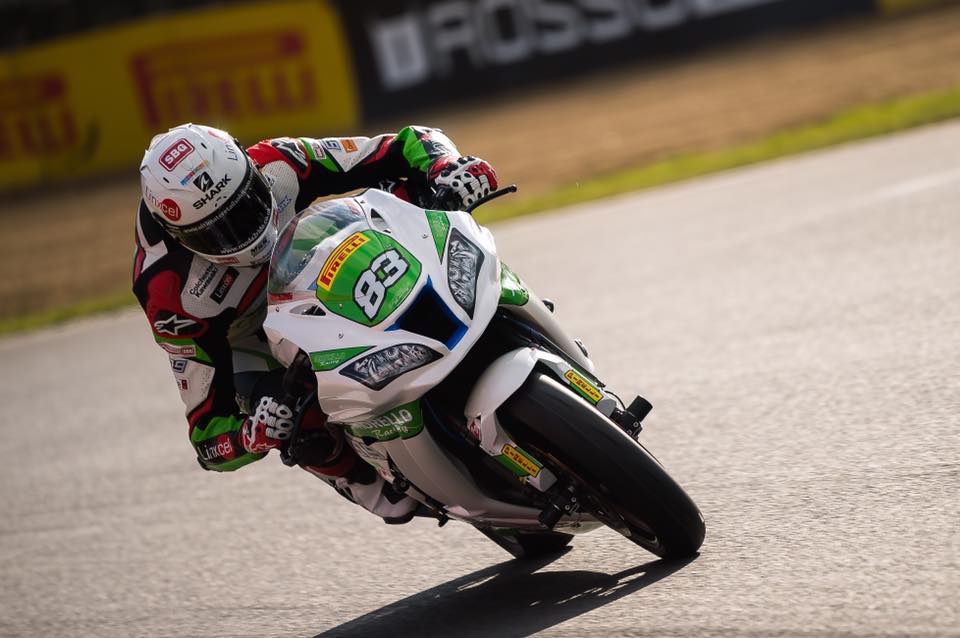 The Morello Racing Kawasaki team were denied victory not once but twice at Oulton Park on Bank Holiday Monday with the weather denying both Danny Buchan and Fraser Rogers the win at round three of the Pirelli National Superstock 1000 Championship. 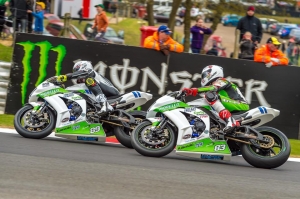 The weekend had started perfectly for Danny, topping both of Saturday’s free practice sessions by comfortable margins and it set him up nicely for Sunday afternoon’s 25-minute qualifying session. However, no sooner had the Basildon rider set the quickest lap, he crashed out at Old Hall Corner fortunately without injury although his time was still good enough for third place on the grid.

Team-mate Rogers also had a good session on his Kawasaki ZX-10R and, showing excellent form, he qualified two places behind his team-mate in fifth to put the team in a good position going into Monday’s 18-lap race.

Race day at the Cheshire venue dawned damp but Danny led at the end of the opening lap and when, two laps later, Richard Cooper and Adam Jenkinson crashed out his lead shot up to six seconds. However, spots of rain meant the race was red flagged and restarted over just nine laps with Danny on pole and Fraser in seventh, the Chippenham rider having been up to fifth at one stage.

The re-start saw Danny lie in fourth and Fraser, who had opted for dry tyres, in seventh at the completion of the first lap but on lap two Danny was in trouble and pulled in to retire with a technical issue. Fraser’s dry tyres were coming into their own though and he rapidly moved forward, moving into the lead at the end of the third lap.

However, by lap five, the rain returned, particularly on the back part of the circuit and as the conditions worsened, he was powerless to respond and gradually slipped back through the field. In a race that had promised so much, and looked like would give him his maiden Superstock win, he cruelly crossed the line at the end of the nine laps in 18th place, no reward at all for his efforts.

Danny Buchan: “Sometimes things go for you and sometimes they don’t – and today was definitely the latter. Everything was going perfectly in the first race and with a six second lead, I was in a position to ease back a little and ride to my pit board. A bit of rain came and the race was stopped and then in the re-start, a small problem with the bike caused a DNF. That’s the way it goes sometimes but with Richard having bad luck as well, the points gap remains the same and there’s plenty of races to go.”

Fraser Rogers: “I’m absolutely gutted with the end result today as I felt so strong and definitely felt the dry tyres were the way to go in the re-start. It’s always a bit of a gamble but if the rain had just held off a little bit, I’m sure I could have held on for the win. Once the rain came though, it was treacherous and all I could do was ease off and limp to the finish. All I can do is put it behind me and bounce back at the next round.”

Steve Buckenham, Team Owner: “To say we’re gutted would be an understatement and we’re yet to have a trouble free meeting. The first start was going perfectly for Danny and with a six second lead the victory was all but his. He was happy leading and happy with the conditions but another rider raised their hand and the race got stopped. Then in the re-start, he felt an issue with the bike and pulled in and although we haven’t had time to fully inspect the bike, it looks like the settings weren’t what they needed to be for the conditions.”

“Exactly the same applies to Fraser. After Danny’s retirement, he took the lead and the conditions at the time were ideal for his tyre choice. If the rain had held off for another ten minutes, we’d probably be sitting here with a race win but it didn’t and we’re left to rue what might have been. Fortunately, the Championship positions have stayed the same and Danny’s still only a handful of points off the lead so we’ll regroup for the next round.”

The next round of the series takes place at Donington Park on May 26-28. 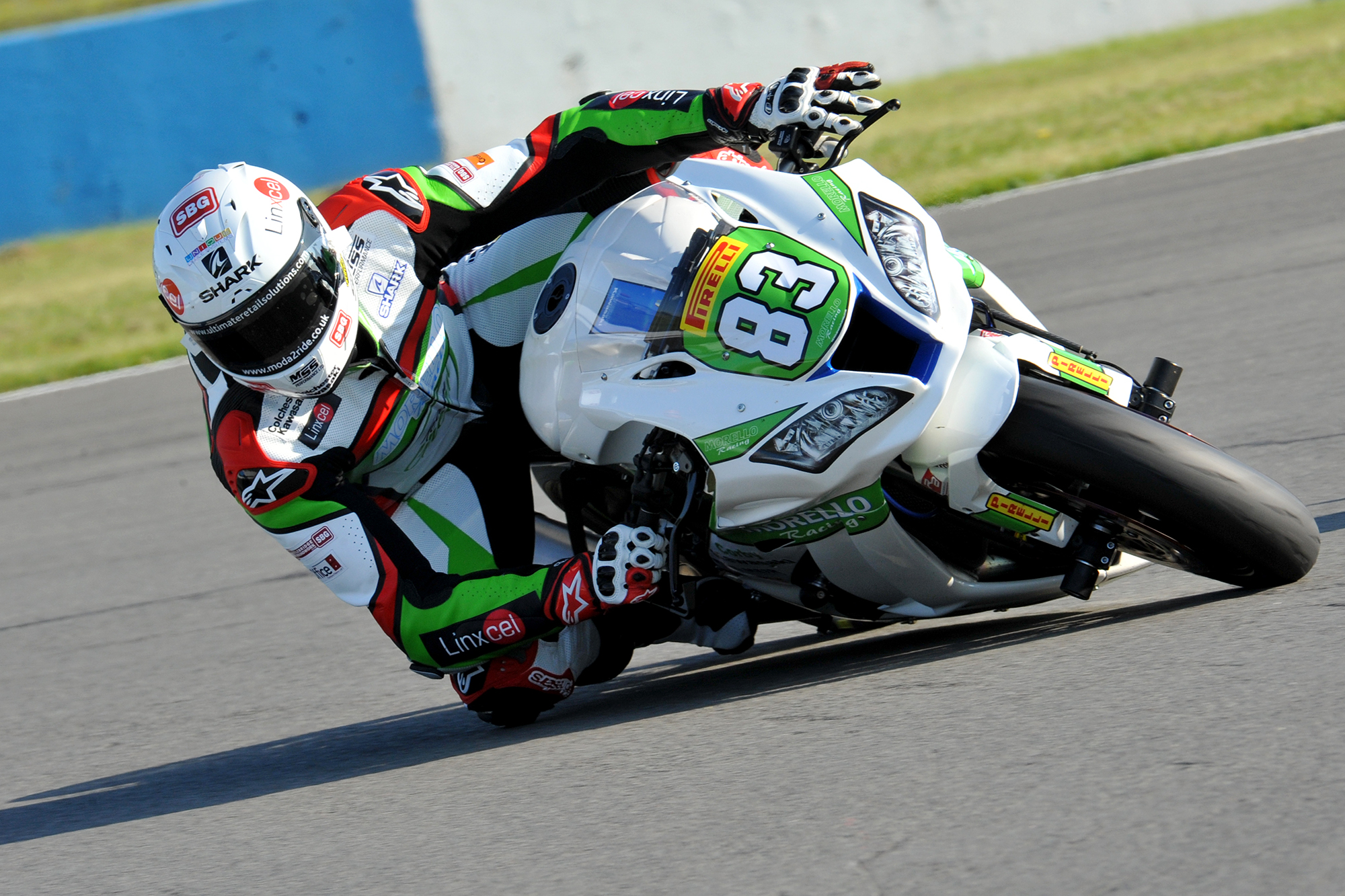 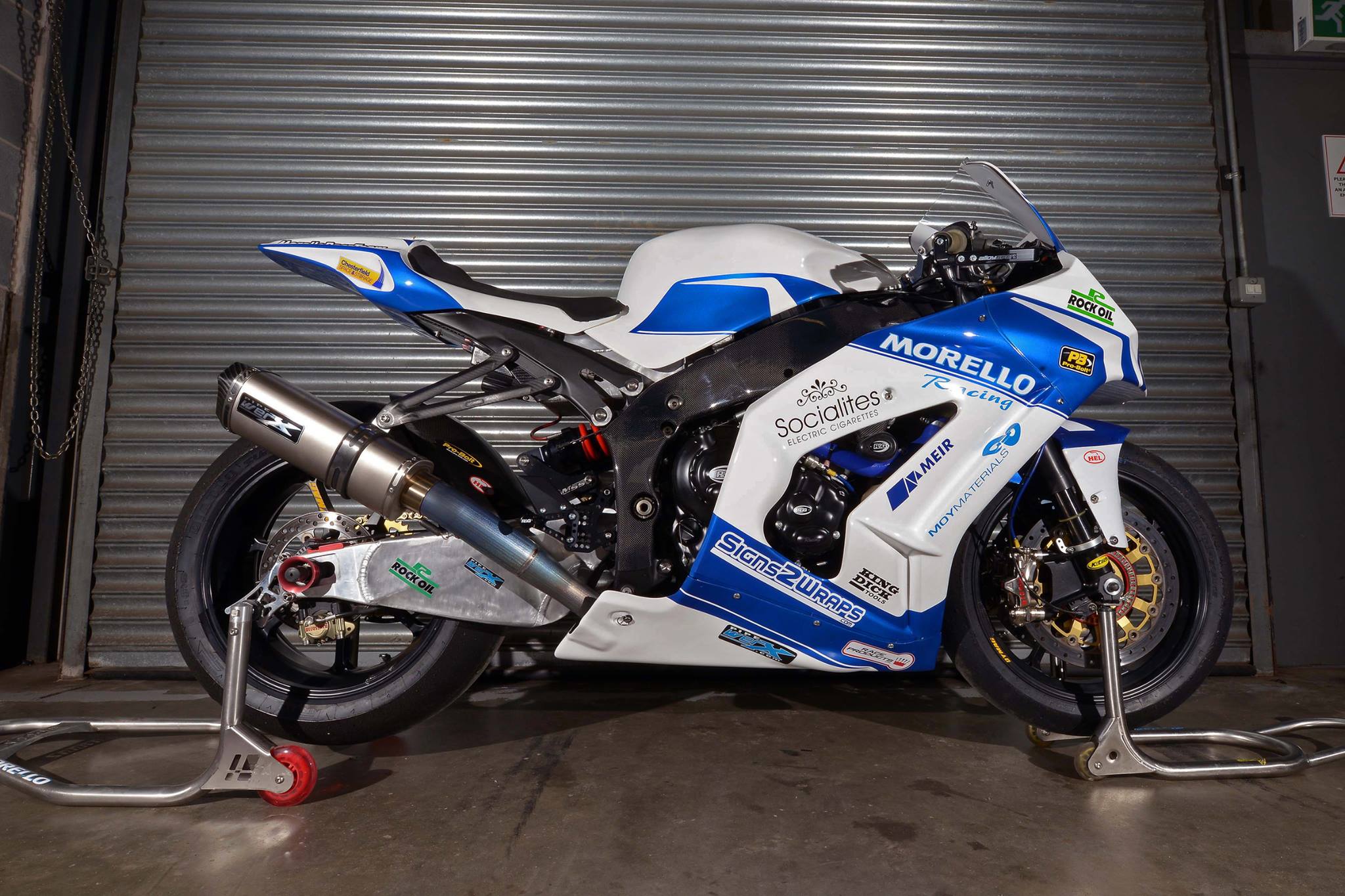